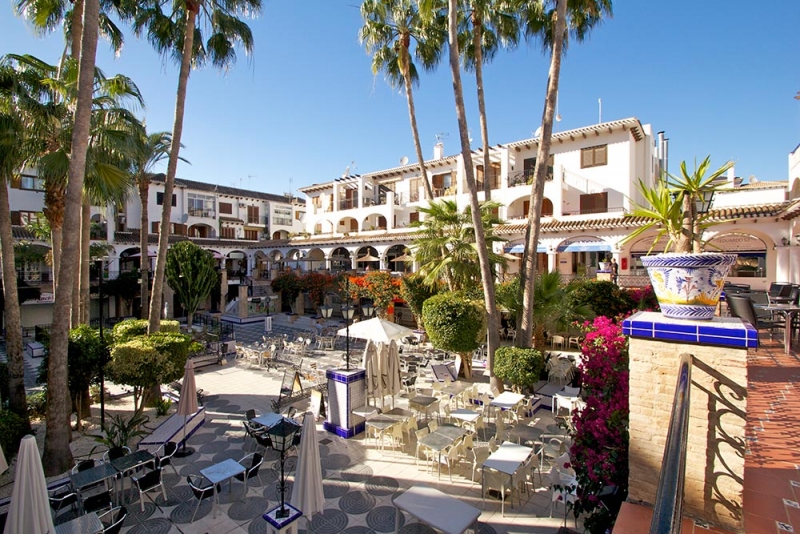 Villamartin is the name of both an urbanization and golf course on the Costa Blanca and is located in the municipality of Orihuela located south and Alicante Province bordering province Murcia.Det are also other golf courses nearby and numerous beaches. The nearest beach is La Zenia beach which is about 5 minutes drive away. La Zenia has a large and famous shopping center La Zenia Bolevard which offers pretty much everything.

Villa Martin and the surrounding areas which is very popular among tourists and most of the population consists of Western European citizens who have settled here. Here there is also an international school that teaches both Spanish and English. Approximately 10 minutes drive away is the famous tourist and seaside resort of Torrevieja.

The development of urbanization Villamartin began in the early seventies .The area in and around Located along the Orihuela Costa and Orihuela municipality has gradually evolved into a cosmopolitan urbanization, consisting of apartments, villas and townhouses. The main inhabitants are from Western Europe and most English speakers. Villamartin, La Zenia and Cabo Roig, Campoamor, Mil palmeras and other nearby urbanisations and small Spank villages such as San Miguel is associated Orihuela Costa and Torrevieja area and is part of the mass tourism that has resulterert in many family-friendly attractions, from golf to water sports and go-cart tracks. The biggest attraction for both domestic and FOREIGN tourism is climate. This area has around 300 days of sunshine and a 20-degree average annual temperature, as well as a large number of great beaches nearby that have been awarded the European Blue Flag for its cleanliness, safety and facilities.

The urbanization of Villamartin is renowned for its central plaza is located near Villamartin golf course. It consists of a bank, grocery store, doctor's office, dentist and a variety of bars, clubs, cafes and restaurants.

More in this category: « Santa Pola Pilar de la Horadada »
back to top